Dan Ellmore And The 6R4 by Actuarius

"Well, I first heard one in 1986 on the RAC” was how Dan Ellmore answered my question “Why the 6R4?” - and this proved to be a very revealing response. There are many different reasons for picking our favourite cars, possibly its the styling or because of a noted competition victory, but in this case it was the noise. “I tell people its like a Subaru today, you know the sound when you hear it because of that boxer engine. Well, the 6R4 was the same then and what’s more it was the best sounding Group B car.” That initial attraction persisted and ultimately led him into 6R4 ownership 30 years later. 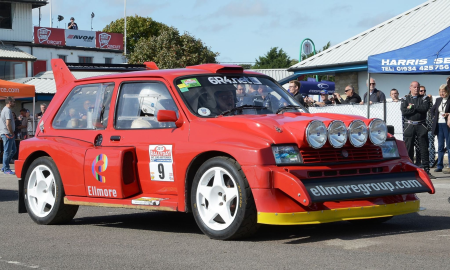 Group B is seen by many as the pinnacle of rallying, the product of a momentary lapse in sanity at a time when a confident world was pushing ahead with an unbowed sense of optimism. It was introduced in 1982 with a stipulated minimum production run of 200 cars, allowing manufacturers to produce superlative rally weapons loaded with the latest technology. Lancia's delicately proportioned 037, with rear wheel drive and supercharged engine, was one of the first into the fray. Although perhaps the ultimate incarnation of the breed that had gone before, they suffered by not daring to fully dream of what might be. That was left to Audi who produced the era defining Quattro.

The Peugeot 205 T16 with its mid mounted turbocharged engine followed, Lancia making up for lost time with the S4 Delta which had 4 wheel drive and a combined supercharger / turbocharger induction. Others joined in with British Leyland seeking better throttle response through the normally aspirated MG Metro 6R4, its larger multi-cylinder engine being mounted amidships. A V6 exhaust unsoftened by turbocharger was what enticed Dan back in the 80's, and what still captivates him today. It may well be genetic, his 6 year old son can already hear a rallying DVD from another room and tell if its a 6R4 on screen or not. 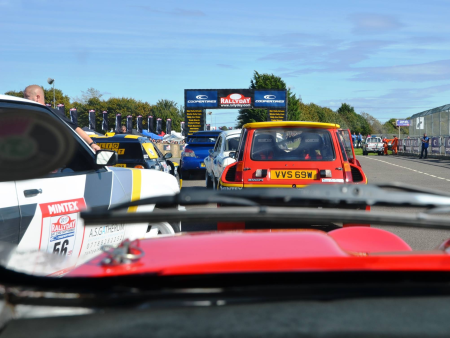 Sadly the hubris of Group B came with a price. Spectator fatalities were followed by Henri Toivenen and Sergio Cresto dying after their S4 left the road, the inevitable consequence was Group B being instantly banned from the world stage. Like many others, Dan's car saw a rally career (in this case in the hands of Steve Harris) followed by a stint with rally cross legend Will Gollop. Then a sojourn in Spain before returning to Scotland.

Dan had been looking for a Metro 6R4 for about 15 years when his path crossed that of D884UPU. A number of examples had been considered but either the timing or finance hadn't been right. When he went to view this one with his friend though it quickly became obvious that one or other of them was going to walk away as the new owner – something his friend has never quite forgiven him for. Once bought, the car quickly became a central part of Dan's life with his stag night being spent collecting it on a trailer. It is regularly used now and is becoming the focus of family weekends away. This use is a key part of his ownership philosophy, with the be-winged Metro a regular sight on the roads around Lincoln. He's even found himself chatting to Prince Michael in front of Buckingham Palace about the comparable fuel consumption of his 6R4 and the Prince's Sherman tank (5 MPG for the rally car and 5 GPM for the tank if you're wondering). 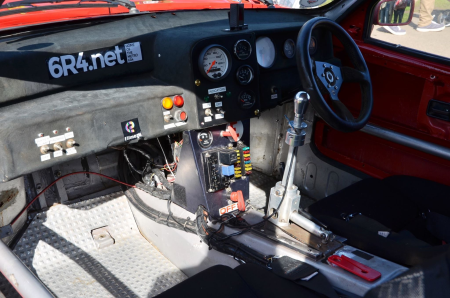 To approach the 6R4 is to immediately understand that it was built for the single purpose of travelling along various road surfaces very quickly. Feed yourself into the cabin over the rollcage and you are gripped tightly in the racing seat. There are no door cards and interior surfaces are badly finished, the engine separated from your back only by a rough perspex panel. Moving up to the stage start at Castle Combe, as a featured car at their Rally Day, the engine is surprisingly muted and vibration free. By contrast the sequential gearbox clunks loudly when engaged, the action being accompanied by a shudder that runs through the whole car. Sticky tyres judder as tight LSDs fight the slow speed manoeuvring; this car's whole DNA rails against restraint. Soon we are on the line and as the engine idles it warms in the bright sunshine, the smell of petrol and hot oil permeates the air. The starter's hand drops, a couple of blips to clear the carbs and in an instant the nature of reality changes. I was prepared for a ferocious launch but this is otherworldly. My head snaps back into the seat and stays there as the gentle burble instantly switches to a clear yowl that competes with the acceleration to fill my consciousness. A slight feeling of nausea as we brake hard – impossibly hard – and turn into the hairpin out of the pits. 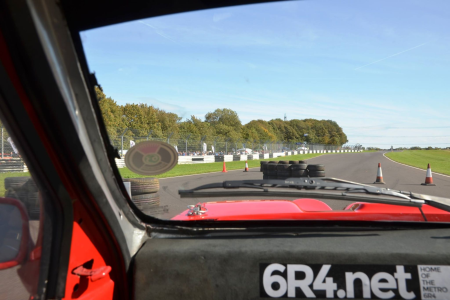 This passes though as my inner ear adjusts to the new world I inhabit. We accelerate down the straight, seemingly banging up though the gears with the tempo and percussive ferocity of an anti-aircraft gun. Once more that brutal braking, 180 degree hairpin then back up the straight and hitting 100 MPH before the first of the tyre chicanes put in for this event. So the lap goes on with astounding, physics defying acceleration and retardation punctuated by lightning fast flicks through the obstacles. Only in one place was there any sense of settled cornering, revealing this pugnacious little 4-wheel drive demon to be completely planted and stable. Everything though was overlaid with that all pervading, spine tingling, terrifyingly frantic but unutterably glorious soundtrack. As an experience it is hopelessly addictive.

This is a car that assaults all the senses through what it does and how it does it, but the sound is what started Dan on the road to ownership and the sound is what is drawing the next generation of his family in. It is both a product of the reality warping performance and an irresistible indicator of it. It is the alpha and omega of the 6R4 experience - the sound is everything.