So with the popularity of the real car, there are multiple versions of the 6R4 but in a slightly smaller scale.

It all started like the real car on the York National Rally 1984. The prototype car was modelled by Grand Prix models, this was cast in resin under licence by Starter of France. After the 1985 World championship ebut, Started issued the computervision car. This had the option of Tony Pond or Malcolm Wilson with a choice of Lombard RAC 1985, or Monte Carlo 1986. Following this Starter also issued the Clarion car of Per Eklund on the Swedish 1986, 33 Export car of Didier Auriol on the Carrigues 1986 and with the later option of Antibes 1986, Belga team car of Marc Duez on the Boucles de Spa 1986, and also Jimmy McRae's Rothmans car on Donegal 1986 which is factually wrong, but it appears Starter based it on the 1986 British Grand Prix DRA (Dave Richards Autosport) show car. 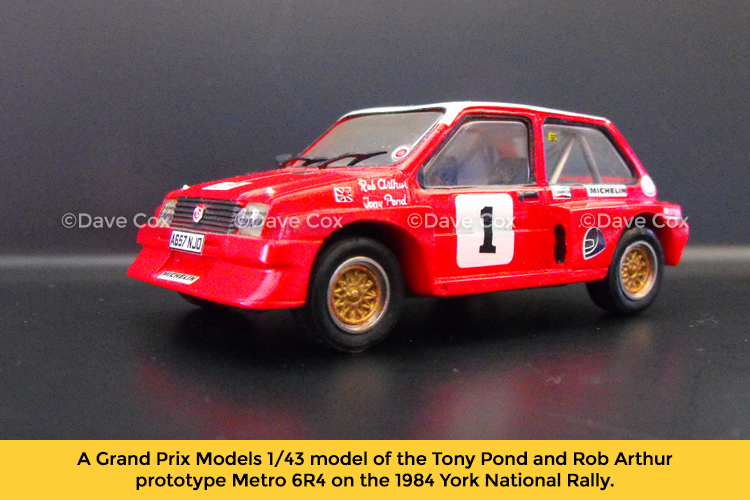 F Project of Portugal issued the Tony Pond and Malcolm Wilson cars on the Monte Carlo 1986 plus the ill fated Rallye Portugal 1986. Tameo issued the Per Eklund Rallye Isola d'Elba 1986 car, and Meri had on the same casting another variant of the Tony Pond Lombard RAC 1985 and also Marc Duez Boucles de Spa 1986.

Not long after these were issued, the first code 3 was available. Chris Derbyshire of CD Models produced a run of 30 David Llewellin's historic Circuit of Ireland 1986 car and until the late 1990's that was all there was.

The late 90's kicked off the 6R4 model bug, Provence Moulage produced the Ayrton Senna CCC test car from 1986. Meanwhile new company RPM issued a clubman car plus David Llewellin's cars from the National Breakdown and Circuit of Ireland cars from 1986. They had also planned to issue various others, but sadly these never materialised.

While all of this was going on, Vitesse of Portugal had been making die cast rally models at reasonable prices and loads of people wanted the 6R4 but nothing was available in die cast at the time. Then in early 2001 we got our wish granted. Vitesse would issue 2 versions and the casting was superb. Once again the Tony Pond Lombard RAC 1985 car would be modelled but would be joined with a Malcolm Wilson car from San Remo 1986. With plans for a Didier Auriol car, things looked promising. Joy however was short-lived, as mid 2001 Vitesse group got into financial difficulties and went into receivership. 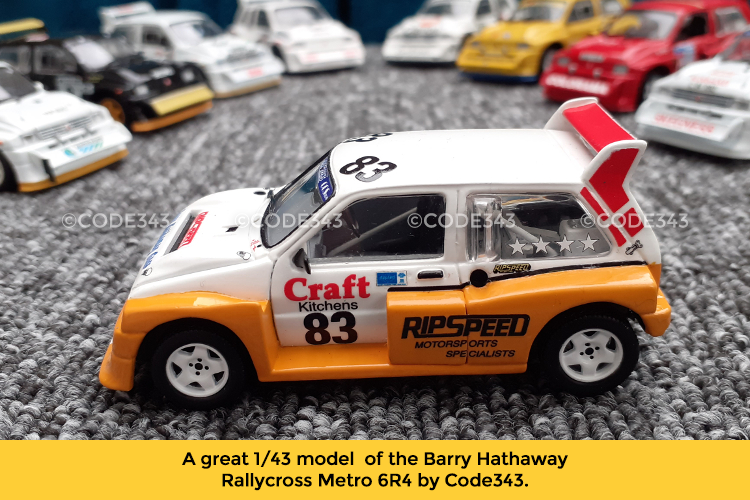 All was not lost though, Sonic Toys ltd bought some of the Vitesse rally and race castings, and to some relief, the 6R4 was one of these castings. These were to be marketed under the IXO brand.

IXO made no delay in issuing the "missing" Didier Auriol car that Vitesse had promised the year before, based on the Carrigues Rally 1986 entry. They also released Jimmy McRae's Lombard RAC 1986 car, and re-issued Malcolm Wilson's San Remo 1986 car. IXO had also issued a code 1 Limited edition for the their Dutch importers Replicar, this was of the Ayrton Senna CCC test car.

While all of this was going on, Code 3 producers saw the potential in the 6R4 casting. XAV's models produced Cyril Bolton's Manx 1986 car, plus David Gillanders Audi Sport 1987 entry. Rally Models and PJ Rally Models combined together to make David Llewellin's Welsh 1986 car, plus John Price's 2002 Tarmac Championship show car. KMD had also made the Billy Coleman Donegal 1986 car that Starter had half made all those years ago. 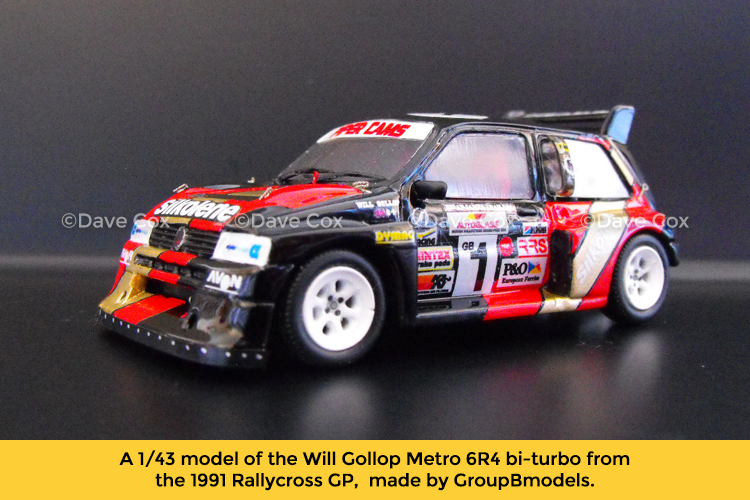 IXO have also issued cheaper versions of their models for various part work magazine series under Altaya branding, these providing models for the masses and were ideal for personal conversions. With these we have seen various Code 3 variations and not necessarily based on the cheaper versions. These have been done by the likes of CODE343, CD Models, 143Models, SJ Models.

With this popularity, Rallying 4 Belgium issued IXO Code 1 of Marc Duez Ypres 1986 entry plus a plain white International specification car. Seeing the potential of 6R4 models the likes of Carlo Rovatti, Group B Rally Models and CPB Models have issued various decals for 6R4's that had not been seen prior to this. There have also been other decal manufacturers who have since cottoned onto this market. 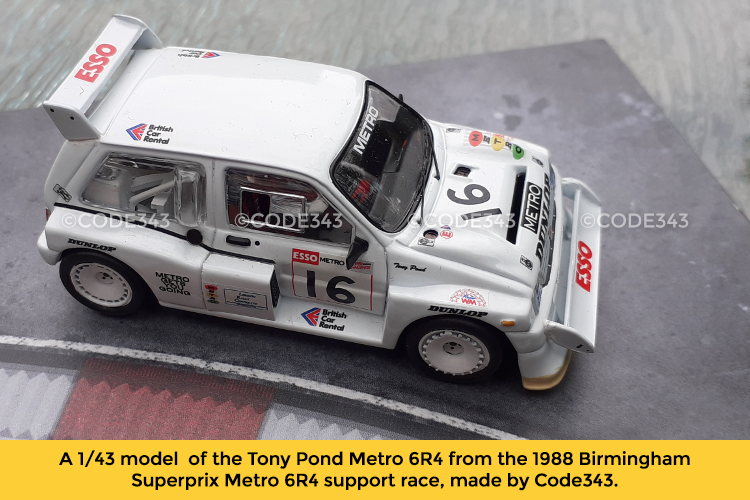 With the model market seemingly on hold, the 6R4 model business is thriving with decal manufacturers. IXO have since issued the Harri Toivonen and also the Tony Teesdale Lombard RAC 1986 entries, they have seen how eager the market is for these cars. They also have plans for further models but for those we will just have to sit tight, be patient, and build the ever growing list of Code 3's in the meantime.