The rally stage belongs as much to the tarmac drives of the country house estate as to the rutted gravel tracks of the forest. Weston Park near Telford is typical of the former and having been used for the RAC rally, including during the heady days of Group B, the perfect location for the inaugural Historic Rally Festival held on the 21st and 22nd August 2021.

Saturday saw scrutineering and the official start in nearby Telford with the action kicking off the following morning. Although very much centred on the 70's and 80's, a truly eclectic mix had been gathered by the organisers to entertain the 7500 strong crowd. From Bob Beales' somewhat smokey 1964 VW Notchback to Steve Rockingham's rapid 2002 Skoda Octavia, seeing some of the most iconic cars of rallying hurtling through the parkland was an experience to be savoured. The notion of favourites within such an event is an impossible absurdity but Mick Stafford's V8 powered Chevrolet Firenza Can Am – a powerhouse of tyre shredding exuberance accompanied everywhere by an irresistible, feral howl from the side exit exhausts was undoubtedly a crowd pleaser. Moving away from the wildly extrovert, that doyen of post war rallying Lancia was well represented with the delicately proportioned Fulvia, twin Stratos replicas and jewel like 037. 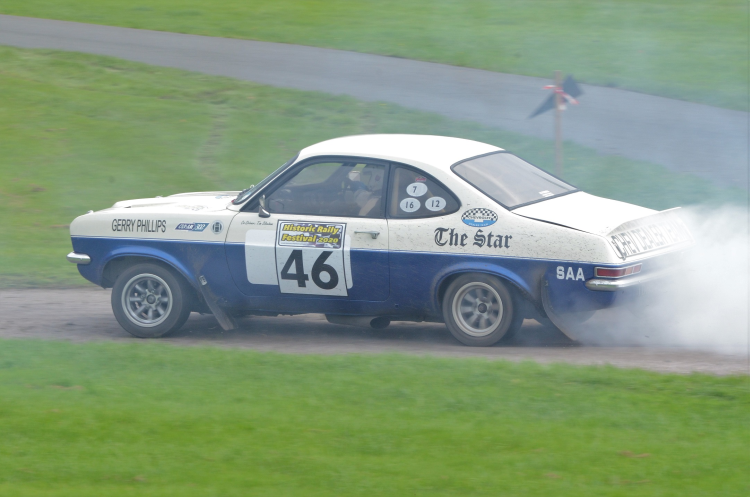 Home grown fare showed not only the variety to be found within Group 4 but also the strength of the British motorsport industry during the last hurrah of the small, rear wheel drive rally car. Chevette HS vied for attention alongside a brace of Lotus Sunbeams and, of course, a multiplicity of Ford Escorts. All sang the same high revving 4 pot song, albeit in differing keys while the TR7 V8 added its unique baritone accompaniment. Short, punchy and sideways wherever possible, there is an undeniable excitement to seeing these cars being driven at their limit. Should your taste veer from on-demand oversteer then there were some interesting front wheel drive cars on the stage as well; from 1275GT Mini to Fiesta, Alitalia liveried Fiat Ritmo and the legendary Louise Aitken-Walker piloting a Peugeot 205 Rallye. Less spectacular perhaps but fast and all driven with verve and commitment. The crew of the 205 in particular seemed to be having a ball as they took a unique line to scrabble out of the water splash. 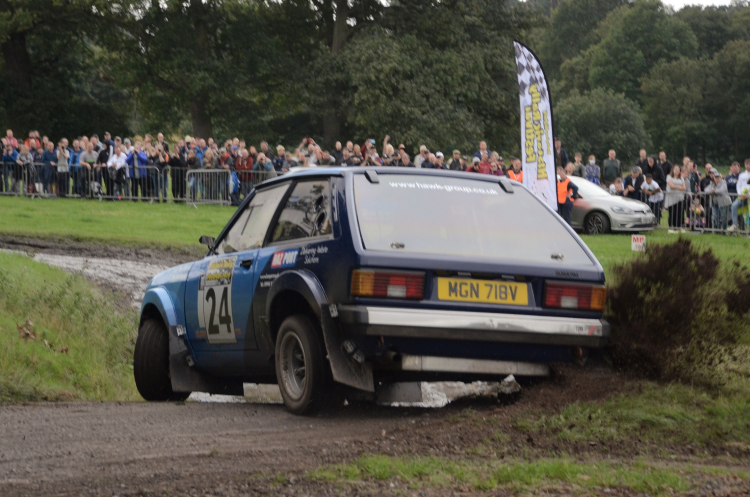 This feature of the stage naturally provided a favourite viewing point, especially with the entry to it losing grip as the day went on, but seeing the cars at full tilt mid-stage with the bucolic backdrop of the Weston Park grounds behind gave an air of timelessness to the whole event. I couldn't have wished for better surroundings to conclude a personal 40 year quest. I suspect that, no matter what else may take your interest, whenever you start following motor sport will always be your personal golden era. For me it was the mad, bad, adrenalin rush of the 80's with the first generation turbo cars in F1 and – of course – Group B on the world's stages. I vividly remember seeing the first cutaway of the Peugeot 205 T16 in magazines, the posters of the Lancia 037 fording African rivers, the national news reporting the Metro 6R4's first shake down. The promise, the exhilaration, the insanity and inevitably the tragedy. Standing on the M1 roundabout as Tony Pond came out of the stage at Donington or watching Juha Kankkunen fire the stubby Peugeot through the dusky woodland of Chatsworth with brake discs glowing. Foreign events followed vicariously via magazines and the BBC without the chance to personally get “my shots” of the cars in action. I have seen these automotive icons at Goodwood but this was a chance to see, and capture, them in a more evocative environment. 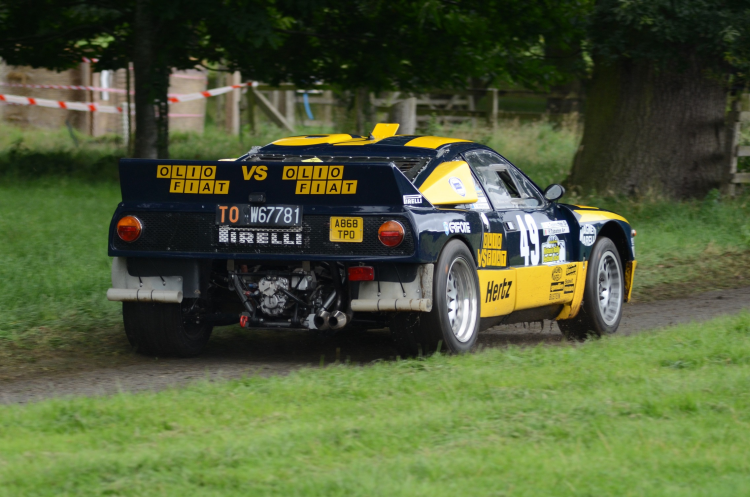 Although actually Group A spec, Ian Hill's Manta gave a taste of the out-gunned but fast offering from Opel. A favourite underdog against the 4 wheel drive factory exotics back in the day. The 037 joins it as the flag bearer of a company that, initially at least, didn't dare to think radically enough. The diminutive Lancia looks even prettier in the metal than in photos and its distinctive supercharger whine announces its arrival long before it comes into view. Going away from you the exposed rear mounted gearbox leaves no doubt as to the extreme intent despite being only 2 wheel drive. The car that made such thinking outmoded overnight, Audi's Quattro, was represented by 2 examples showing different stages of development in the aggressive performance arms race of the day. What may be argued as the most successful Group B contender, the stunning Peugeot 205 T16 was also present, unfortunately attacking the bank on the entry to the water splash and leaving some bodywork behind. However, it did adequately illustrated the extreme limits of the era with all 4 wheels struggled to find grip under acceleration while the exhaust spat sheets of flame on the up change. 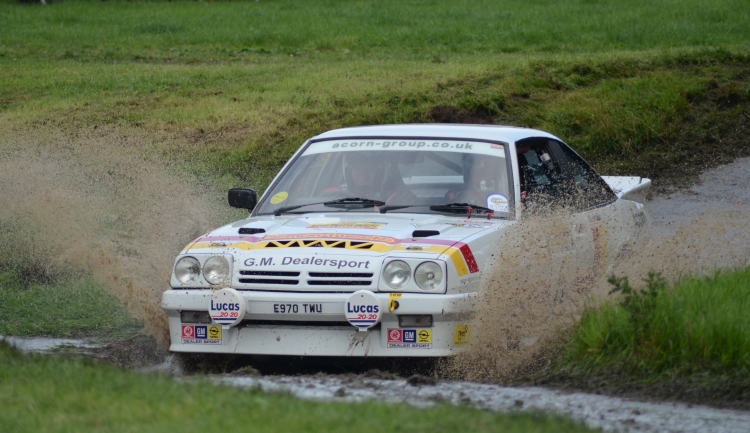 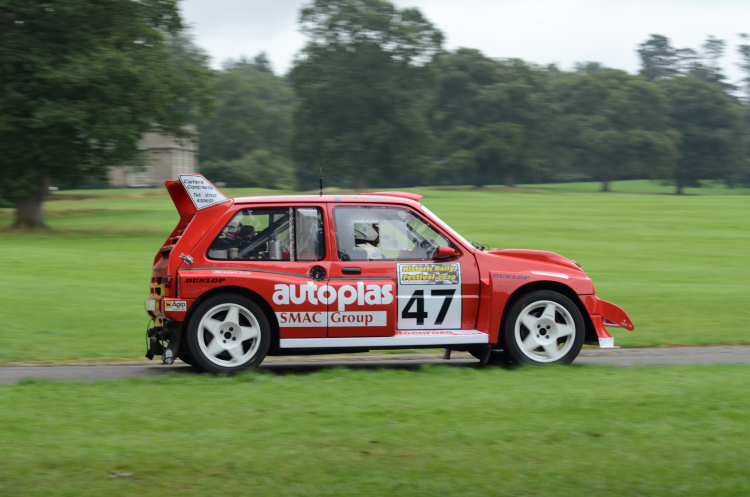 Rather poignantly Harri Toivenen shared the stage with these cars at the wheel of an Evo 9. Harri whose younger brother, the dazzlingly talented Henri, perished in a terrible accident while driving a Lancia S4 and consequently helped bring the era to a close. His fate forever entwined with that of Group B. At least events like this allow us a small reminder of a time that can never return. 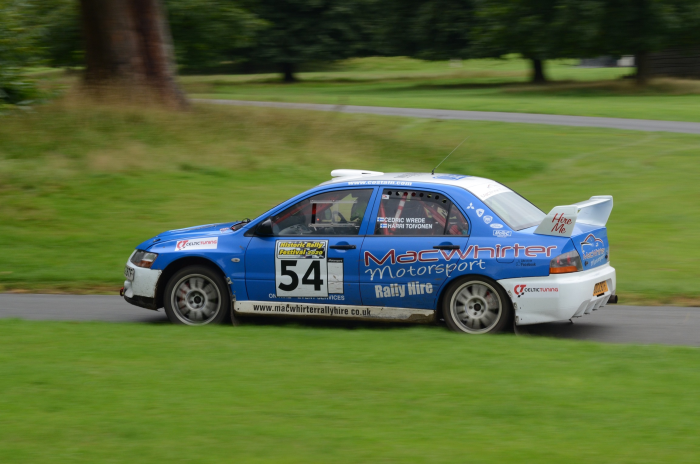 We have Warner Lewis and Mick Covill to thank for originally conceiving the idea of putting on this European style untimed historic rally and they have worked with Mark Constanduros and Dan to bring the dream into reality. A sustained effort over the past 4 years that wasn't helped by the Covid pandemic. At the end of all this effort the Historic Rally Festival was able to be run as a sanctioned MSUK event and in fact has acted as a trial for running similar events in the future.

The intent from the start was to provide a stage for the owners to show their cars to the public and to raise money for “Rallying for Down Syndrome”, with the hope that it will become a regular event. There are already plans to improve the next Festival and I suspect it can only go from strength to strength. For myself – I'm just wondering how big a print I can get of my shot of a Quattro throwing the mud up as it climbs out of the water splash...or possibly of a 6R4 tail down, gunning it between the trees... 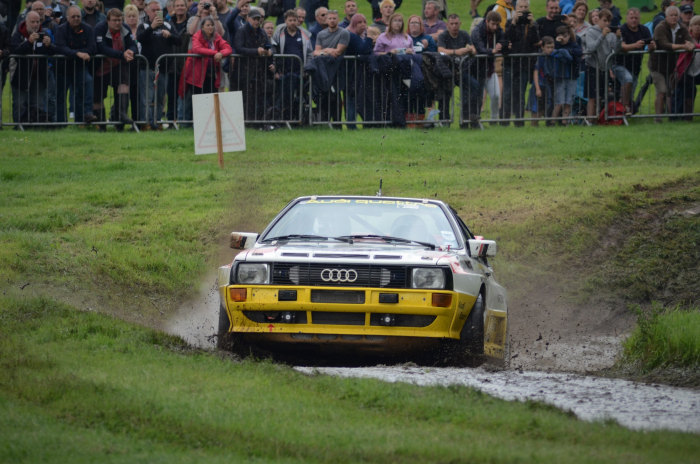