David Appleby created the all-singing, all-dancing DAM version of the Metro 6R4. David has been rallying since the early 80's, and his mechanical skills gave him the chance to work for Austin Rover Motorsport in 1985 and 1986 working on cars for Tony Pond and Malcolm Wilson. Not long after, David set up his own business at the end of the 1986 season.

According to David the most significant difference between the DAM4100 and the cars the factory used to run, aside from appearance, is the fact his car is 6 inches longer.

"After driving the old Metro's over a long period, I'd always thought how unstable they were, especially on quick corners and over bumps. It was a very physical car to drive and far too nervous" He continued "I realised that its short length was a major contributing factory and therefore a longer wheelbase would make it a lot more stable and easier to drive. Increasing the length by 6 inches brings the car more into line with the majority of its rivals and was also the figure that one of the original Metro designers suggested when I asked how he would improve it".

Somewhat modestly he describes the car as a 'back-street' engineering project and built it himself, in his double garage. With his knowledge and attention to detail mean that the preparation would put many factory-built cars to shame. 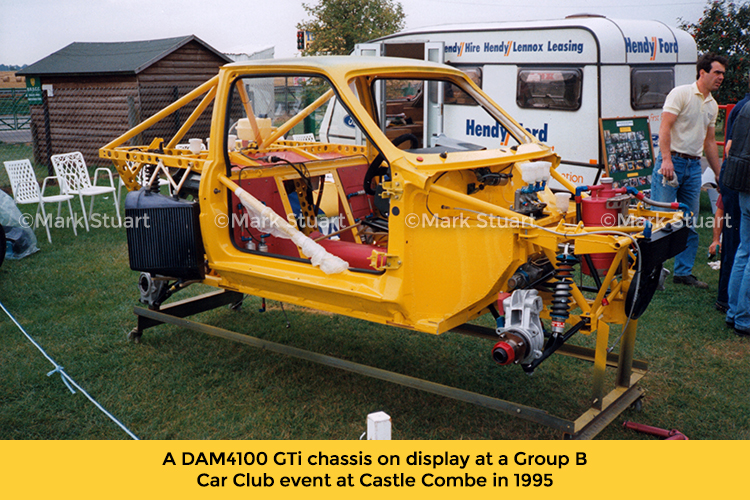 From the initial designs, to the car seeing the light of day at the beginning of 1995 took almost three years, but David had to fit the new car around existing clients' cars. David was highly involved in building, preparing and selling Metro 6R4's for a number of years.

Having designed and built the ladder chassis, the roll cage and other bits were fitted before turning his attention to the bodywork and engine. Thanks to Altek Engineering, they provided invaluable support when it came to producing new parts which David could no longer obtain from the Rover network, or which need modifying.

Obtaining the engine was fairly simple as for years all his engines had been built by a leading engine builder and he had no hesitation in asking him to supply one to the new car.

When it came to the bodywork, again designed and built by David, he wanted something that would complement the engineering underneath. "I wanted it to look a bit more modern. The old Metro 6R4 shape was very dated, and I think that what I've produced is something like the Group B cars would be looking like today."

The all-important transmission system comes from a variety of sources, and R&D Motorsport came up trumps with items which were no longer supplied by the factory.

Getting behind the wheel for the cars first test at Kemble Airfield, made all the hard work worthwhile. "It was instantly more stable and much better through the corners. I knew then that I had a winner on my hands." 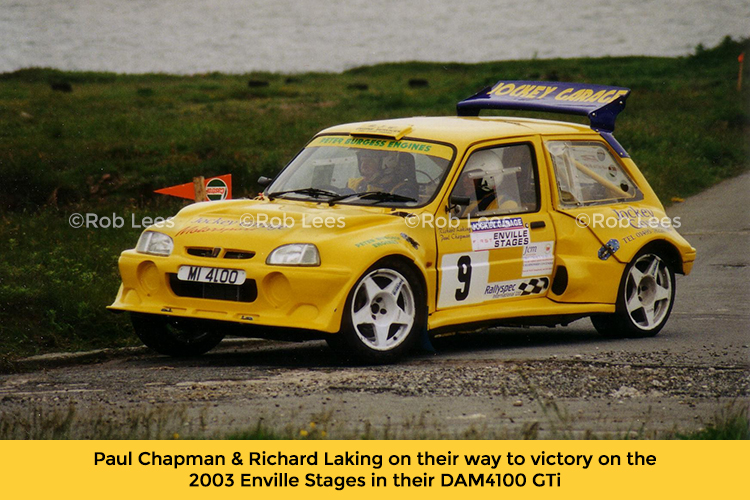 After retiring the car on its first 2 rallies, it was a case of third time lucky as David won the 1995 Solent Stages in convincing fashion. Even though there was only a small number of DAM4100's made, they did win a number of rallies over the years. 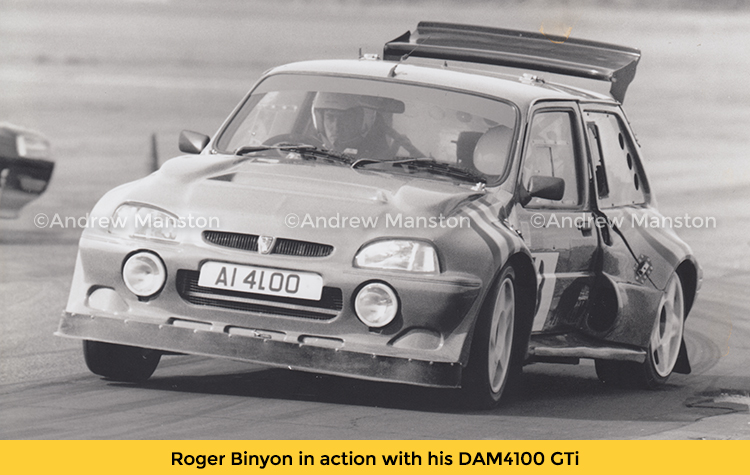 David also made available for 6R4 owners the chance to purchase DAM4100 panels to fit their original 'shorter' 6R4. The only panel that was different for the 4100 kit to fit an original 6R4 was on the front panel. It is there where you can see what is a genuine DAM4100, and a 6R4 which has the DAM4100 panels on. There is a much bigger gap from the back of the front wheel, to the front door on a DAM4100. On a standard 6R4 shell, it is much shorter.

There are still a small number of genuine DAM4100 around and while they aren't to everyone's taste, they are a seriously impressive piece of engineering, and they play a very important part in the history of the Metro 6R4. 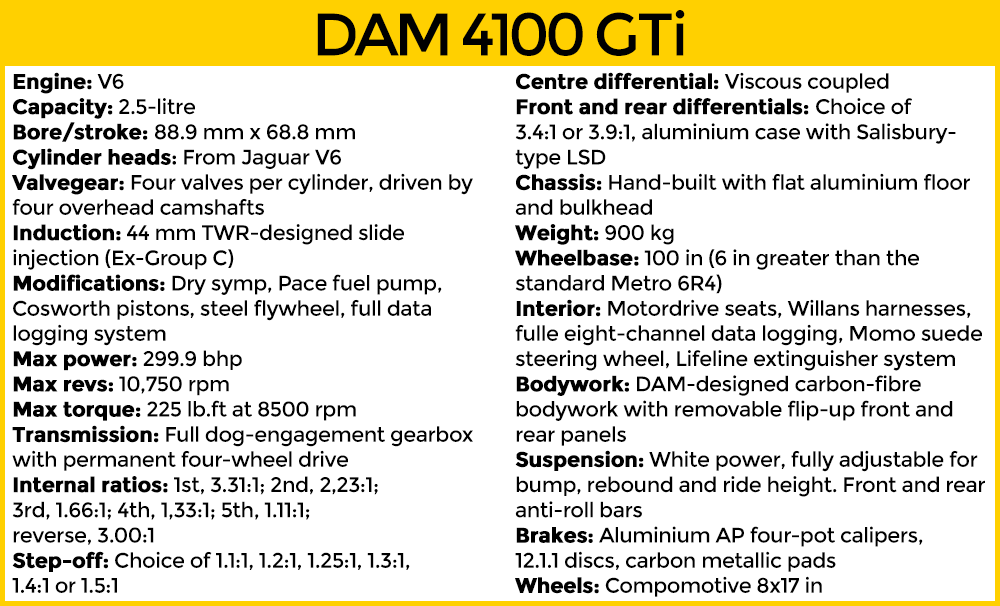